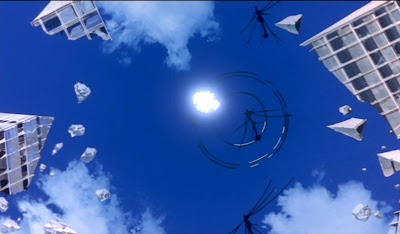 The film opens with a shot of the broken city, an apt metaphor for the psyche of many of the characters at this point. We then see Shinji, broken and afraid, gazing out at the endless expanse of water that was his home. Just previous to this Shinji was forced to kill Kaworu, the only person who had ever said they love him to his face, as well as the only person he ever admitted to loving, though admittedly after his death. Not only that but he turned to what is essentially his mother figure for some guidance or reassurance that everything would be alright and she managed to say just the wrong thing.

Misato did not understand what Shinji was going through because she was too wrapped up in her own grief and self doubt, as well as her dogged determination for revenge which she had finally fulfilled, but was distraught over what happens next. She hates the angels because she blames them for her father’s death though that was actually the cause of humans, their pride and greed dominating over common sense. Misato believes herself a survivor, and that anyone who gives up his own life deserves nothing.

Shinji’s last line was indicative of this, as he says she ‘is cold’ and he then descends into the realms of deep depression as he realizes his surrogate mother has disregarded his love and by proxy disregarded him. Presumably he has stood at the same spot since she told him this and has considered who he loves and who he is loved by, which leads him to his bastardised expression of love in the next scene. 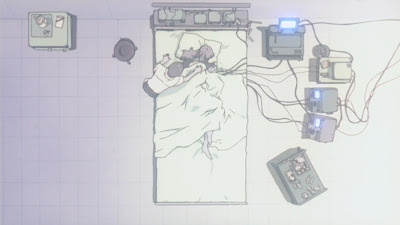 Asuka’s entire purpose in life was to fight; it gave her drive to live. She is in fact incredibly fragile despite her fierce warrior appearance, and her inability to fight off some angels had slowly driven her over the edge, until she was forced to relive her worst memories by one of the angels, specifically Arael, the angel of birds. It is somewhat ironic that Asuka is trapped in her own mind by an angel embodying freedom and flight, especially that when given the chance Asuka is unable to either fight or flight, and so shuts down. Later she says she would rather die than be rescued by ‘that girl’, meaning Rei.

At the end of this breakdown she says she hates everything as her Evangelion has betrayed her as have her piloting skills, because for her being unable to pilot is essentially defeat in terms of life. She had lost everything but the ability to pilot, and it is slowly taken away from her as she grows more and more deranged, eventually becoming unable to synchronize with her robot at all, causing her comatose state. This is the person that Shinji goes to for help; because he believes she is most able. 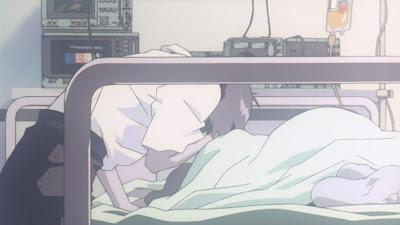 He enters into her hospital room and begs her to help him, repeating ‘help me’ over and over again while shaking her trying to wake her up. The image evokes that of a young child attempting to wake up a dead person, though Shinji knows better, he just can not stop himself. Asuka had frequently verbally and physically abused him in the past as she was unable to relate to anyone in normal terms after losing her parents at a very young age. This caused Shinji to constantly seek affection from her despite being constantly reprimanded. Here in his broken state he begs her to ‘Call [him] an idiot like you always do.’

By this point he is looking for any acknowledgement of him as a person, something Misato tried and failed to give him. He is physically touching her which is more than he had ever done previously, but he is as far from her as he can be emotionally. He sobs over her body as he tries to simply have a connection with someone when he has cut himself off from pretty much everyone else, including his father who had been the driving reason behind him fighting previous.

When he sees her naked form he wants to connect with her in any way possible, but at that point can see nothing but a sex object, and masturbates to her unmoving state. After he finishes he stares at his stained hand and realizes that in both their current states he will have no way to connect to her, and something so crude as what he has done just seeks to exacerbate his current belief about the world and everyone in it, which plays into the conclusion heavily. What else he feels is incredible guilt over using her like this, and also for not doing anything when they could actually connect. 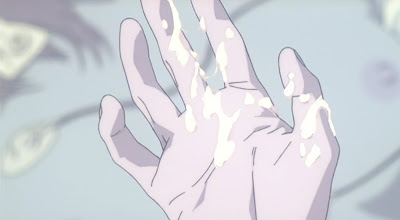 This is all the love he is to show her, aside from a determination to save her that ultimately fails. The two have several other scenes throughout the film, with the most important in the film being the final scene, them together again though the circumstances are quite different aside from the incredible feeling of loneliness even together. They are locked from the world, so far apart from any sense of normality, locked in themselves in fact, apart even while they are touching. This leads to Shinji’s line, “I’m so fucked up” indicating just how far he has suck, losing all confidence in himself and in fact going so far as to hate himself and everything that he has done.

Joseph Barber
I'm no one important, I have done nothing of great interest, and have nothing all that insightful to write. But some people like what I write, so I write.